Surfing around the web brought me to intactaudio. Knowing Dave Slagle by name through friends and ETF, I contacted Dave for some 2K wire-resistors for use at 20mA (for a type '10).
After a few weeks I received them, was struck by their simple "design" and also puzzled how to mount them. My idea -> see attached pictures.
Things turned out fine and sound was definitely better than Allen Bradley (2W) and Mills, just as Dowdy explained. Happy me!
After a few hours playtime one channel started to hum, around 100hz, first at low level, later really loud. Since the preamp, in which they were used, was "new" (beadboard setup) I started troubleshooting. At first I thought the CCS on the heater was the culprit but swapping them left me with the same hum. To be short: I almost took everything apart without any succes...
An email was sent to Dave (who knew how they were used) and he asked if the screws used are magnetic. Yes they were... I replaced them for brass types and up til now (hours and hours later) mr. Hum stayed at home...
Can it be that the screw somehow got magnetized and that due to heating of the wire the bare (soldered) mid-tap of the bifilar wound resistor at a certain point contacted the screw and screamed out in a 100hz manner..?
Dave asked me to post this, so I did (do not argue with the master

), maybe some more ideas about the why in this case?

Thanks, especially to Dave...
Rob 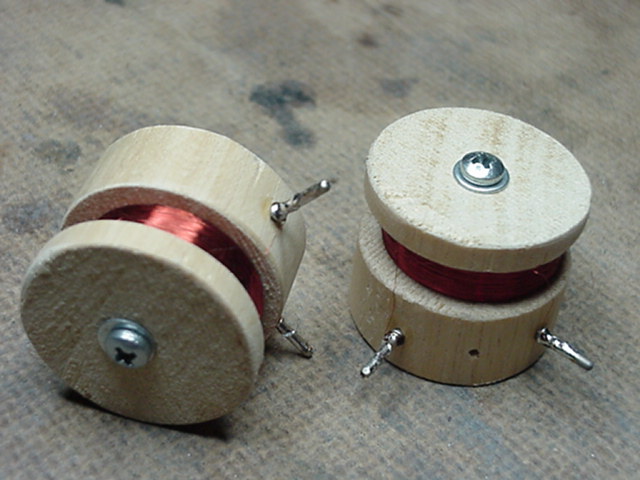 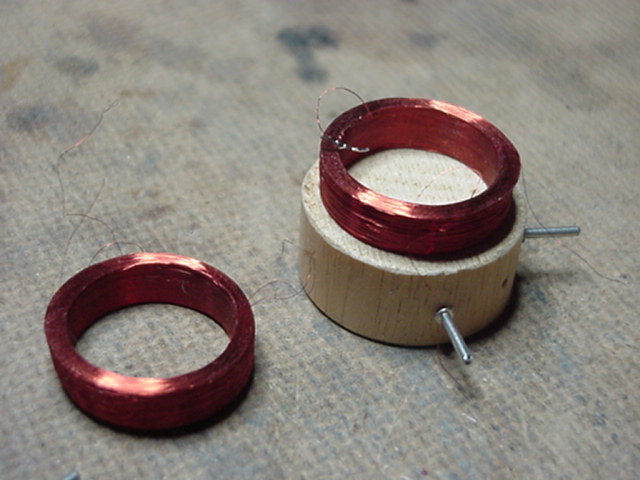 Geez Rob, don't you know you should not use anything magnetic at all except transformers, chokes and tubes in you amplifiers.?

To infinity and beyond!!!
Top

Maybe those are aluminum screws
Top

I'm not saying it's a bad idea, not at all, I just wonder why it's a good idea?

I presume, since you mounted them between wood discs, they must not get awfully hot LOL.
Top

The point about the screw getting magnetized and giving out a 100 Hz vibration is not a good way to think about this problem. Yes, itâ€™s never advisable to use magnetic material in amplifiers and thatâ€™s because they damage the original signal. If youâ€™re sure about your design, you can test it several times until you observe a pattern somewhere.
Top

In some circuits its not good to use wirewound resisters becouse it could resonate at some frq that you don,t want

so newer use then in the signal pad
Top

Wire wound resistors *MUST* be avoided on cathodes.
This resistor wound with copper magnet wire is wound as a bifilar coil (obviously) so as to be non-inductive. However, this is not always the case because some residual inductance is always evident. Further measurements need to be done in the frequency domain. OK, at 100Hz the residual inductance might be negligible, but in higher frequencies it is definitely not negligible. You need a precision LCR meter to make such measurements.
Top

you are correct that even though every attempt to minimize inductance is made, there is still a small amount that remains. The moral of the story is they are not linear and should not be used in filter circuits or as an unbypassed cathode resistor but once the resistance is bypassed, so is any residual inductance.

I want to be clear that these are not intended to be 0.1% ideal parts but have been found to be incredibly musical by some.